Home
Stocks
Key Words: Hillary Clinton digs at Trump and tells Democratic candidates ‘don’t give him an inch’
Prev Article Next Article
This post was originally published on this site 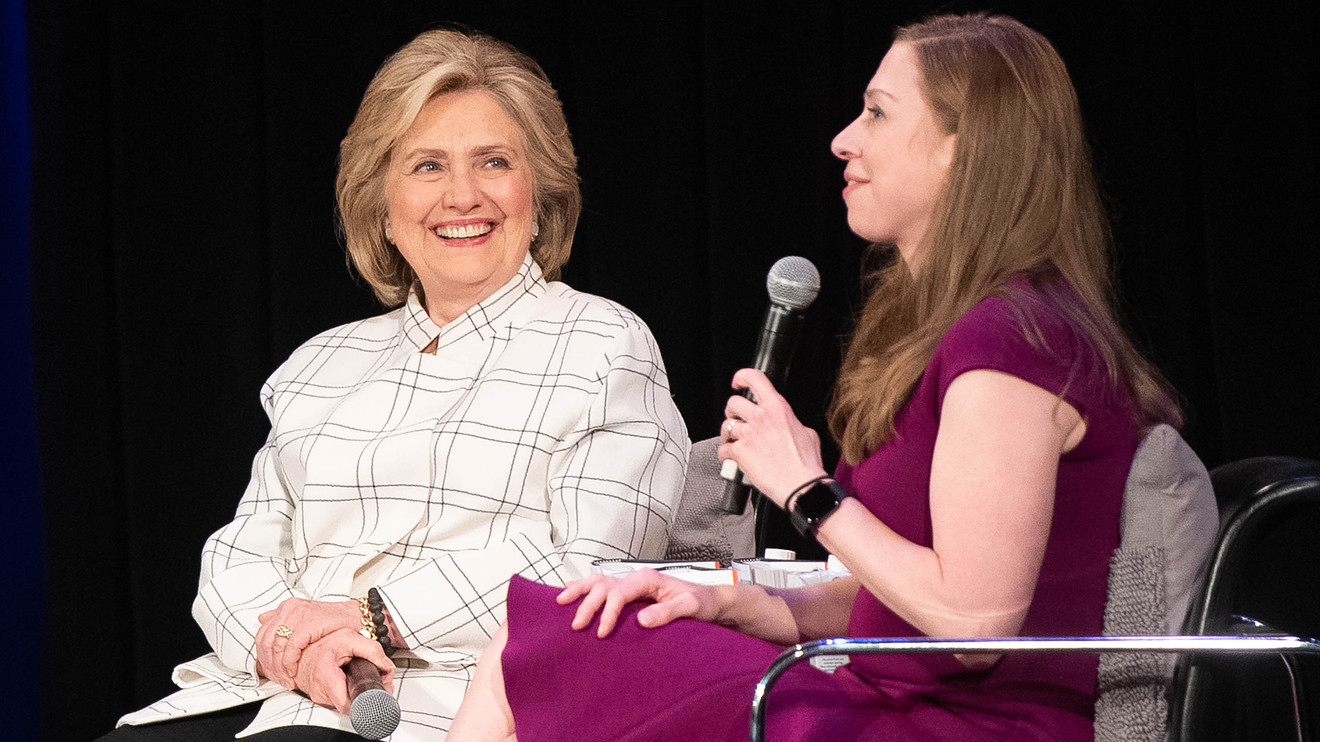 Hillary Clinton has gone from stumping to stand-up comedy.

The former secretary of state and 2016 presidential candidate crashed James Corden’s opening monologue with her daughter Chelsea during “The Late Late Show” on Tuesday night, even as Democrats claimed victory in pivotal Virginia and Kentucky elections.

The mother-daughter duo took the stage because, as Hillary said, “If anyone should be telling Trump jokes, it’s me.”

“It’s an improvement on his hold job: dancing around the issues,” said Chelsea.

“I can’t blame Trump for trying to help Sean Spicer,” Hillary chimed in. “But if it’s one thing we’ve learned, it’s that these guys really can’t win the popular vote.”

They also tackled a recent New York Times analysis of the commander-in-chief’s tweets.

Without missing a beat, Hillary added, “It’s pretty shocking. It came out to a total of 6,000 tweets attacking people. Even more surprising, only 3,000 of those were about my emails.”

And the gloves stayed off for the Clintons’ sit-down with Corden after the opening monologue, where the late night host asked Hillary to give the 2020 Democratic presidential candidates some tips on how best to debate Trump.

‘Just be really prepared. As hard as it is with [Trump] to try and talk about facts and truth compared to what he says, be prepared anyway to try to make your case. And just keep going at him, and don’t give him an inch.’

And when Corden showed an image of Trump getting up and standing right behind her during the second presidential debate, she brushed it off as being “all part of his alpha male impersonation, you know, where he was trying to loom over me, and lurk and leer.”

Clinton said that such behavior is the biggest problem with facing off against Trump. “His capacity to try to dominate the scene is something that whoever is up against him has to try to deal with,” she said, along with voter suppression, the theft of information and its weaponization (“emails,” she said knowingly) as well as propaganda and phony stories distorting the truth.

“And obviously, it’s not just the Trump campaign and his allies. It’s the Russians, it’s anybody who wants to play in our elections,” she said. “But I think we’re gonna win if we do everything we should.”

Watch their full interview below.