Home
Stocks
As shareholder support for climate-change action grows, SEC votes to throttle those voices
Prev Article Next Article
This post was originally published on this site 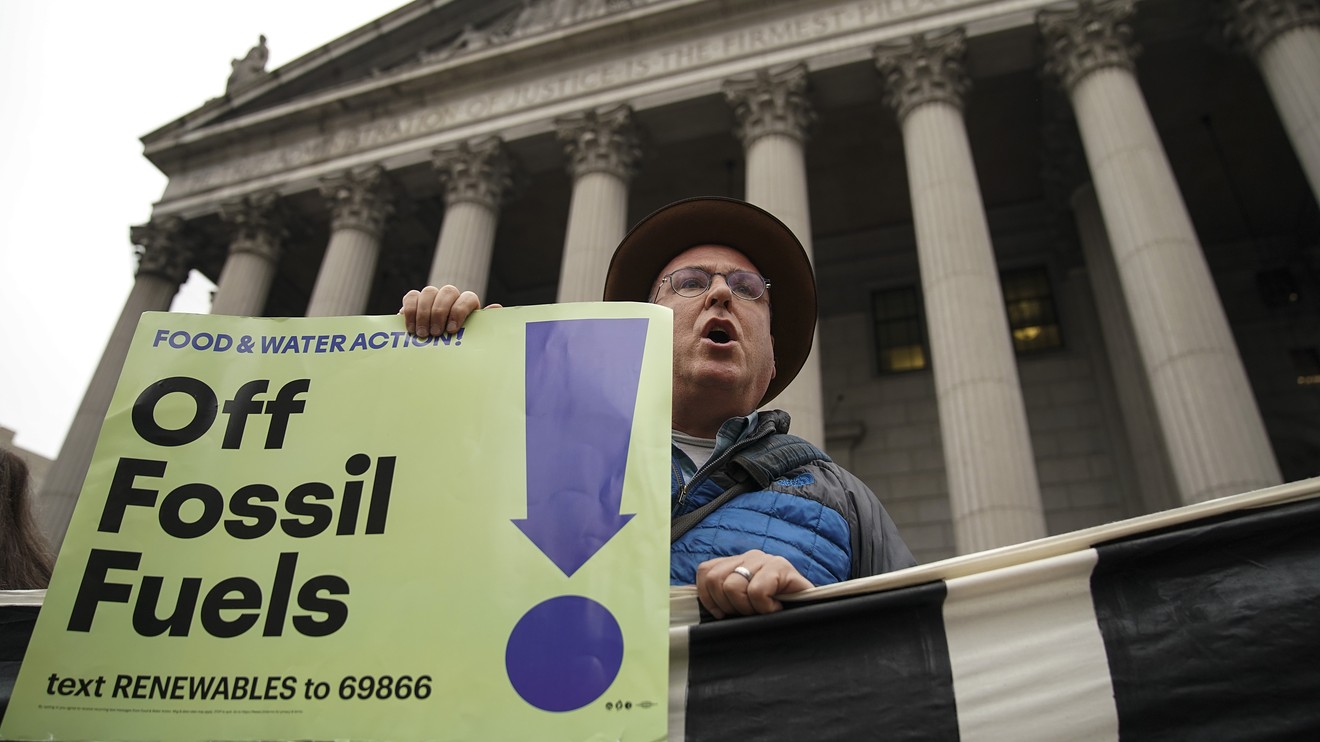 The Securities and Exchange Commission proposed Tuesday two long-anticipated rules that seek to limit shareholders’ influence over how companies address contentious issues such as climate change and executive compensation.

The SEC voted 3-2, along party lines, to raise the re-submission thresholds for motions that shareholders file on company ballots and to impose new requirements on firms guiding investors how to vote in corporate elections.

Investor groups were largely critical of the development, particularly environmental, social and governance (ESG) advocates who claim progress has been made in holding companies and their leaders accountable for corporate carbon footprints and adequately alerting investors to risks to profits from extreme weather and other factors.

Analysts saw the vote on the proposal as a win for a Trump administration that’s been rolling back regulations across several areas, this time with a nod to corporate management.

“CEOs do not like public challenges to how and how much they are paid, or to be second-guessed by shareholders on a range of environmental, social and governance matters,” said Ken Bertsch, executive director of the Council of Institutional Investors.

“That is what is driving the concerted effort by lobbyists for CEOs to prod the SEC to shackle proxy advisory firms and limit shareholder proposals. The rules are an unnecessary interference in the free market, and would impede investors’ voice on critical matters at U.S. public companies,” he said.

Climate proposals are one important example of how shareholders have successfully used the proxy process to flag the growing risk to companies and investors of inaction on climate change, at the same time underscoring opportunities for responsive companies and their investors, said As You Sow, a nonprofit that promotes environmental and social corporate responsibility primarily through shareholder advocacy and legal strategies.

Read: Companies are too slow with shift to carbon neutral, say investors with $35 trillion at stake

“The SEC has been unable to point to any demonstrable problem with the current shareholder system or make a case for how its proposal to limit shareholder rights will improve company value,” said Danielle Fugere, president of As You Sow, in a statement.

“To the contrary, this proposed rulemaking has the potential to increase shareholder and company risk, particularly regarding growing climate concerns. We don’t believe that it will withstand public or legal scrutiny,” she said.

Shareholder support for climate-related resolutions at the companies they invest in hit an all-time high of 30% in the latest filing round, Morningstar’s Jon Hale and Jackie Cook have reported. Last year, 45% of environmental, social and governance related shareholder proposals filed were later withdrawn because they led to effective engagements between investors and corporate management on commitments to performance improvements.

Read: Demand for climate-proofed portfolios was a key proxy-season theme this year

SEC Chairman Jay Clayton and Commissioners Hester Peirce and Elad Roisman, all Republicans, supported the proposal, which now goes out for a 60-day comment period. Commissioners Robert Jackson and Allison Lee, both Democrats, opposed it.

Clayton said in his statement at the open meeting that letters received after a roundtable on the issues “reflected a concern that their financial investments — including their retirement funds — were being steered by third parties to promote individual agendas, rather than to further their primary goals of being able to have enough money to lessen the fear of ‘running out’ in retirement or to leave money to their children and grandchildren.” The letters, he said, should remind everyone that these issues “are not a matter of (1) shareholders versus companies or (2) businesses that provide proxy voting advice versus companies.”

The SEC’s new proposals also would require proxy advisory firms to give target companies the right to review their reports before they are sent to their clients, the investors.

Investors use proxy advisers, Jackson said, because, “holding executives accountable for the way they run America’s corporations is difficult and expensive, and investors lack the time and money to do it. Today’s proposal imposes a tax on firms who recommend that shareholders vote in a way that executives don’t like.”

Taxing advice that may be contrary to management makes it easier, says Jackson, “for insiders to run public companies in a way that favors their own private interests over those of ordinary investors.”

The proposed rule would eliminate the longstanding practice of investors pooling their shares to meet filing thresholds.

“The SEC’s proposed changes to the shareholder proposal process are misguided and will take away an important resource for investors to manage all kinds of financial risks, from climate change to cybersecurity, to human rights,” said Mindy Lubber, CEO and president of impact investing advocate Ceres. “The current process is working and serves the agency’s core mission of allowing investors of all sizes, in search of reliable financial information, to seek that information in a consistent and uniform manner. There is no compelling reason for this change and every reason to leave the system intact — it has worked for decades.”