Home
Market
Saudi Aramco value in bank research varies by more than $1 trillion: sources
Prev Article Next Article
This post was originally published on this sitehttps://i-invdn-com.akamaized.net/trkd-images/LYNXMPEFA30I2_L.jpg 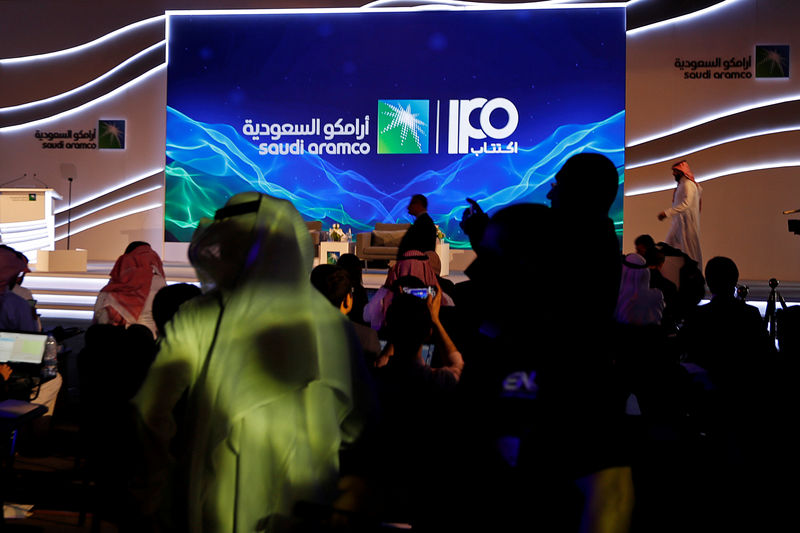 (Reuters) – Valuations for Saudi Aramco vary by more than $1 trillion, according to fund managers who have seen banks’ research, underscoring the uncertainty hanging over what could be the world’s largest stock market listing.

Fund managers are poring over bank research after Aramco on Sunday announced its intention to float on the Riyadh stock market.

Sources have told Reuters that Aramco could offer 1%-2% of its shares, raising as much as $20 billion to $40 billion. A deal over $25 billion would top the record-breaking IPO of Chinese e-commerce giant Alibaba (N:) in 2014.

On Sunday, however, Aramco provided no size of the planned IPO, no timeframe, identified no cornerstone investors and gave no information on an expected follow-up listing overseas.

Bank of America (NYSE:) (BOFA) Merrill Lynch estimates Aramco’s valuation at $1.2 trillion to $2.3 trillion while EFG Hermes has a valuation of $1.55 trillion to $2.1 trillion, two fund managers who have seen the research reports told Reuters.

Goldman Sachs (NYSE:) – one of the banks coordinating the IPO – has put the company’s valuation between $1.6 trillion and $2.3 trillion, two sources said.

BOFA Merrill’s has also used the discounted cash flow model, a valuation methodology that uses future cash flow, according to one fund manager who saw the research.

“These ranges are always wide as research analysts want to cover both low end and high end so you want to show sensitivity of assumptions,” one analyst said.