Home
Market
Taiwan Stocks Suddenly Among Asia’s Best Trades This Year
Prev Article Next Article
This post was originally published on this sitehttps://i-invdn-com.akamaized.net/content/pic46360393cf1b1543ab31b33fabc202e6.jpg 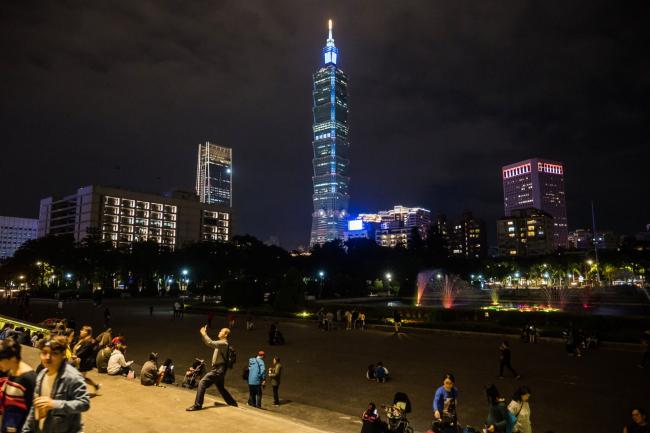 (Bloomberg) — Taiwan stocks can cinch their best year in a decade as long as foreign investors keep piling in.

Outside money, fueled by an easing of U.S.-China trade tensions, has helped boost Taiwan asset prices. The Taiex gauge rose 4.9% in October, its biggest monthly gain since 2012. The Taiwan dollar has strengthened to levels not seen since mid-2018.

The key for the gains has been overseas investors buying about $3.1 billion of Taiwan Semiconductor Manufacturing Co. shares, or nearly half of the total equity inflows. Those purchases have helped the Taiex extend its gain this year to 17% at 11,350 as of Friday morning trading.

Allan Lin, assistant vice president at Concord Securities, predicts the index will close 2019 at a minimum of 11,800.

“Foreign investors will continue to invest in emerging markets including Taiwan stocks if U.S.-China trade talks remain positive,” he said. “Inflows into Taiwan are also seen increasing with foreign firms’ direct investment and repatriated funds due to tax breaks, which will continue to support Taiwan dollar strength.”

Lin predicted the Taiex would close 2018 at 10,500 in a Bloomberg survey a year ago. His forecast was the closest among market watchers to the actual level of 9,727.41.

Foreign investors have poured $6.6 billion into Taiwan-listed equities year-to-date, the most among Asian markets tracked by Bloomberg after India.

On top of that, billions of Taiwan dollars are flowing into the economy after lawmakers earlier this year passed a regulation providing tax breaks for companies and individuals that repatriate assets held overseas. Meanwhile, Google parent Alphabet (NASDAQ:) Inc. and wind power company Orsted have recently won government approval to invest billions in local projects.

The island’s economy may give investors another reason to be bullish. It expanded at a 2.91% pace in the third quarter, the statistics bureau said Thursday, higher than the 2.45% median estimate of 20 economists surveyed by Bloomberg.

To be sure, further gains by Taiwan’s markets depend on how trade talks between the world’s two largest economies pan out. President Donald Trump’s plan to sign the first part of a deal with Chinese President Xi Jinping this month has been thrown into question after Chile canceled a summit where the two leaders planned to meet.

Michael Every, head of Asia financial markets research at Rabobank in Hong Kong and the most accurate Taiwan dollar forecaster for last quarter, said he was “generally bearish” on the local currency’s outlook due to concern about U.S.-China relations. The Taiwan dollar weakened 0.1% in early Friday trading as Chinese officials are casting doubts about reaching a comprehensive long-term trade deal with the U.S. even as the two sides get close to signing a phase-one agreement.

“With the optimism we’ve seen in the market,” said Every, “when negative fundamentals emerge, which is possible by year-end, investors may overreact.”